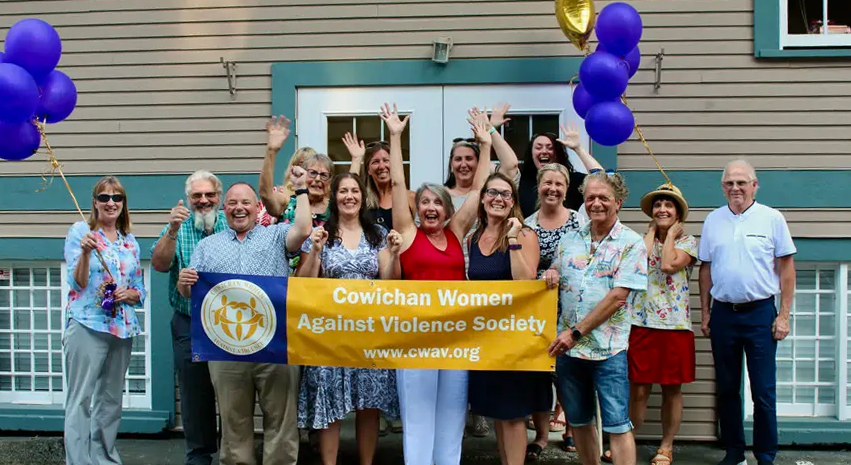 The Cowichan Women Against Violence Society (CWAV)’s search for a permanent residence for the Charlotte’s Place Women’s Shelter has finally come to an end with the purchase of a building at 1081 Canada Avenue. The shelter has been operating out of tenting sites and limited-term rental leases for years and securing their new home marks a major milestone and achievement for the shelter and the community. David Coulson Design is working with CWAV to update the shelter to accommodate 24 women, an increase from their current location housing 15. The transition from unstable temporary rentals to a secure and permanent home provides stability and safety for both staff and residents.
David Coulson Design is working to update the site to accommodate its new owners through:
Charlotte’s Place Women’s Shelter is open to women facing homelessness and provides services to support the physical and mental health of its residents. Their new home will provide a space that fosters and supports these women while generating feelings of dignity, stability, and hope.
Article from The Discourse:  thediscourse.ca/cowichan-valley/womens-shelter-charlottes-place

This 1903 heritage house, in the heart of Downtown Duncan, was a labour of love both to save and to restore.  The entire community banded together in the spring of 1999 – when plans to level the home and turn the site into a parking lot were made public (following the tragic death of its owner and resident, Mary Newman). Fundraising efforts of all kinds – from art auction and gala dinner to garage sale and government lobby – gathered cash, supplies, expertise and goodwill.  But it was a tight race to the deadline of June 30 and the hardworking troupe of local community workers and heritage enthusiasts were at risk of losing the Newman home until an 11th-hour donation by businessman Robert Milman saved the day. On July 14, 1999, The Green Door Society was formed – with David Coulson as President of the Board of Directors – and the physical work of restoring this unique structure and its 10,000 square feet of garden space began. Improvements made by The Green Door Society and countless volunteers, with David Coulson Design as the primary contractor (donating an estimated $100,000 in labour and design/build expertise), included:

The ‘Green Door’, as it has come to be known, was built before plumbing, telephone, or electricity service existed in the City of Duncan.  Now, it is home to 7 modern offices (among them a naturopath, a lawyer and a federal constituency HQ) and one bachelor suite.  The house and grounds have served host to art exhibitions, en plein air seniors’ dining, summer festivals, and live theatre productions. More than simply one more old house saved from the wrecking ball, this project serves as a leadership example to all residents, merchants, policy makers, and visitors in Downtown Duncan. It forms an invaluable part of the architectural heritage of the city, a much-needed green space within the downtown (open to the public year round) and a vibrant community space for education, commerce, and the arts. 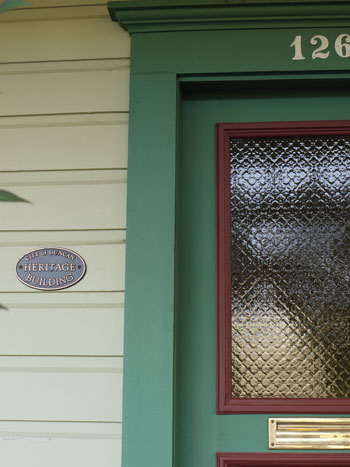 The Green Door Society accepted the following honours after building and grounds restoration were complete:

This was a first for the Heritage Society of BC to give two awards in the same year.